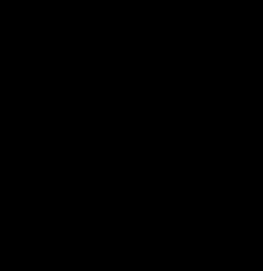 Airing September 27 at 9 p.m. on Global, and streaming on the Global TV App, Country Music’s biggest celebration, the 2020 CCMA Awards presented by TD will be filmed in two locations, Burl’s Creek Event Grounds (Ontario) — home to the 4-time CCMA Award-winning Boots and Hearts Music Festival — and Nashville (Tennessee) and will honour and showcase the biggest names in Canadian country music. It will feature performances, collaborations and some heartfelt surprise moments, filmed throughout August in both locations. This year’s Awards will be a musical love letter; uniting fans and an entire nation. Live streaming details will be announced at a later date.

To view a complete listing of the 2020 nominees please visit ccma.org.

For more information on the CCMA and the 2020 CCMA Awards presented by TD please visit ccma.org.

About the Canadian Country Music Association (CCMA)
Established in 1976, the CCMA is a membership-based, not-for-profit organization committed to the promotion and recognition of Canadian country music. Built upon the foundation to educate, elevate and celebrate Canadian talent, the CCMA progressively heralds the spirit, community and creativity that country music fosters through year-round initiatives, culminating every fall with Country Music Week and the Canadian Country Music Association Awards. Sponsors of Country Music Week and the 2020 CCMA Awards Show include FACTOR, Canada’s Private Radio Broadcasters and the Government of Canada through the Department of Canadian Heritage’s “Canada Music Fund”, Radio Starmaker and the Government of Ontario.

About TD Music
From national stages that bring thousands of music fans together, to classrooms and resources that give the next generation a platform for education, expression, collaboration and inclusion, TD strives to create opportunities for people to come together to experience the power of music. With an interest in creating opportunities for people to come together and emerging artists to thrive, since 2003 TD has invested in music to help build more connected communities and open doors for an inclusive tomorrow, including proudly sponsoring music festivals and community music programs from coast-to-coast.